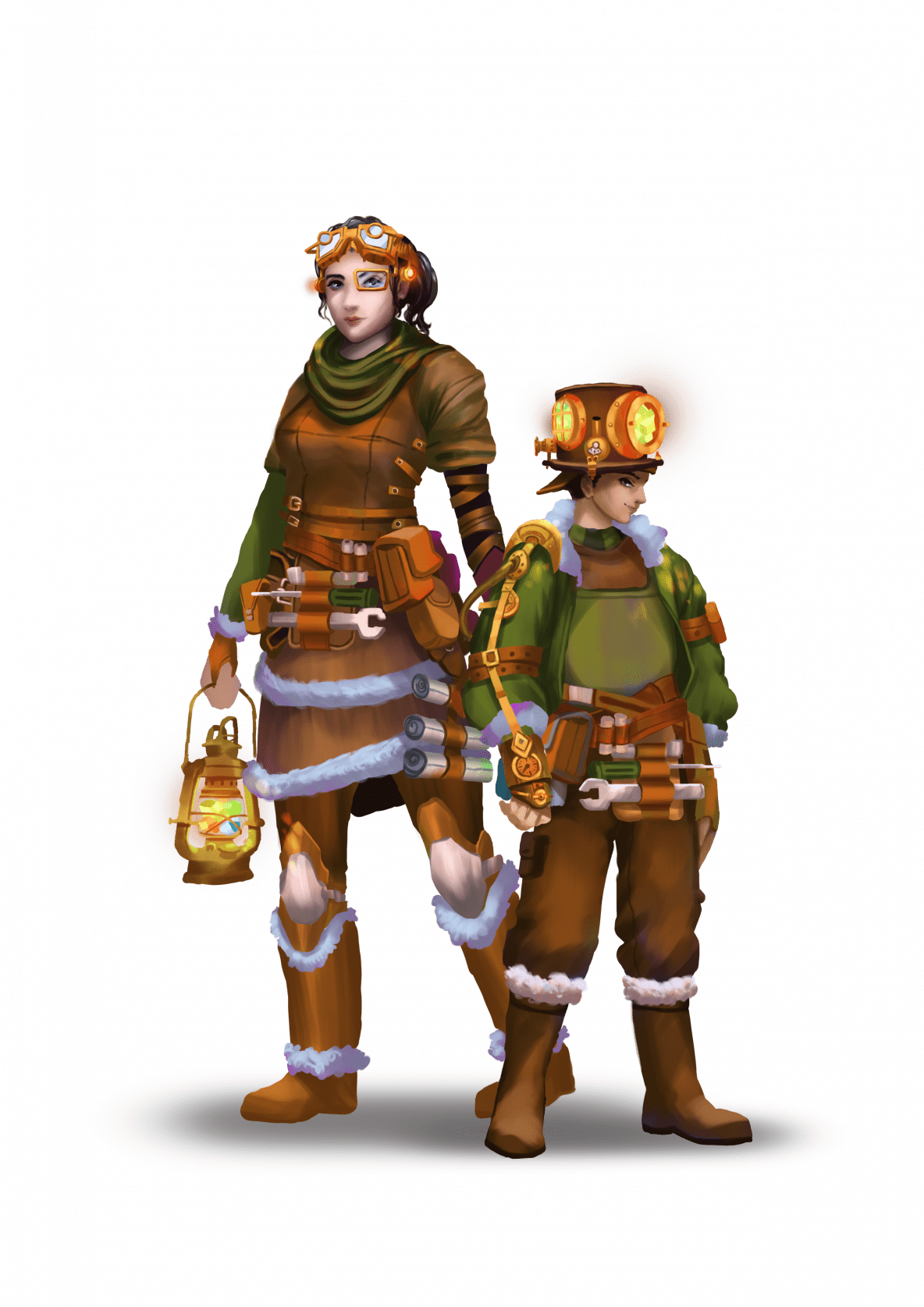 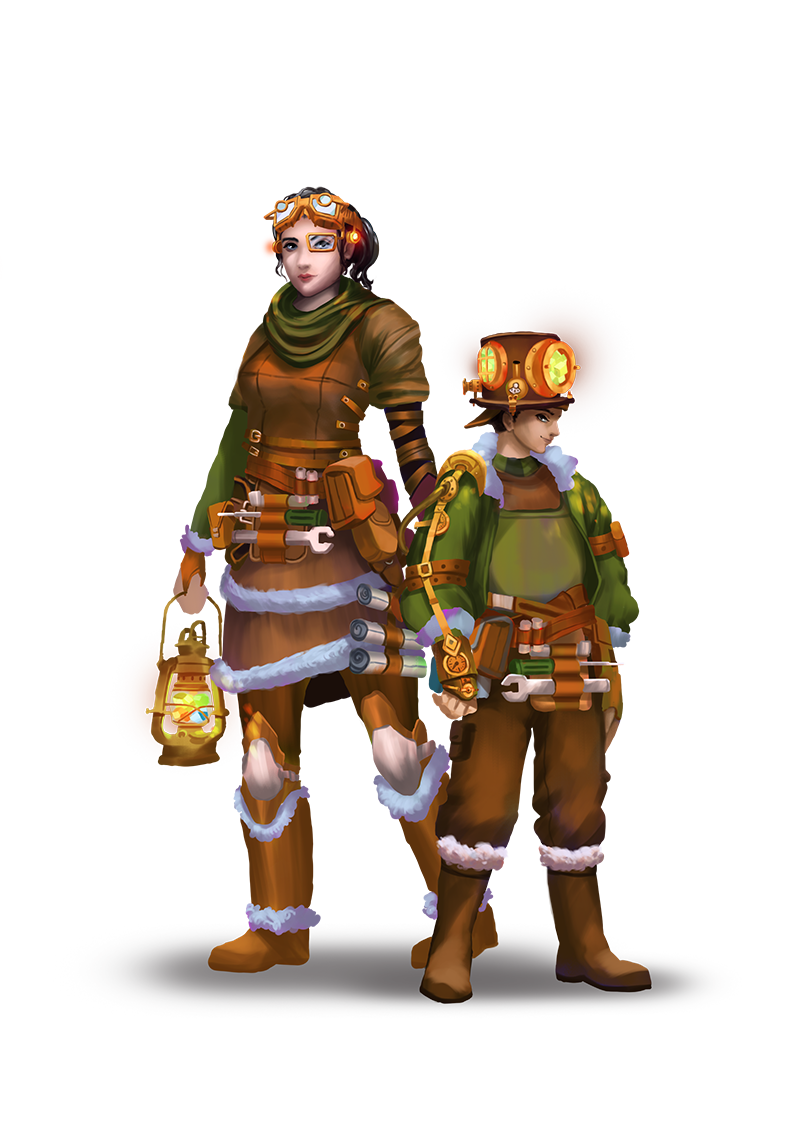 When you live at -40 degrees, things break down - a lot. The scientists of Storyhaven have had to learn to combine their vast knowledge of chemistry, biology and physics with the more practical skills of plumbing and repairing. They have come to be known as Inventa-fixers and can often be heard complaining that fixing a leaky pipe is below someone of their immense intelligence.

Inventa-fixers are essential to Storyhaven life. They are in charge of the fablehearth technology that the town has developed using the crystals of the sacred Crystal Cavern. This efficient and green heating system is the reason Storyhaveners have been able to survive on the frozen ice wastes of the world. With the appearance of old-fashioned iron stoves, fablehearths are fuelled by crystals rather than wooden logs. Their crystals glow with light and heat whenever stories are told around them and that way heat the buildings and homes of the town. 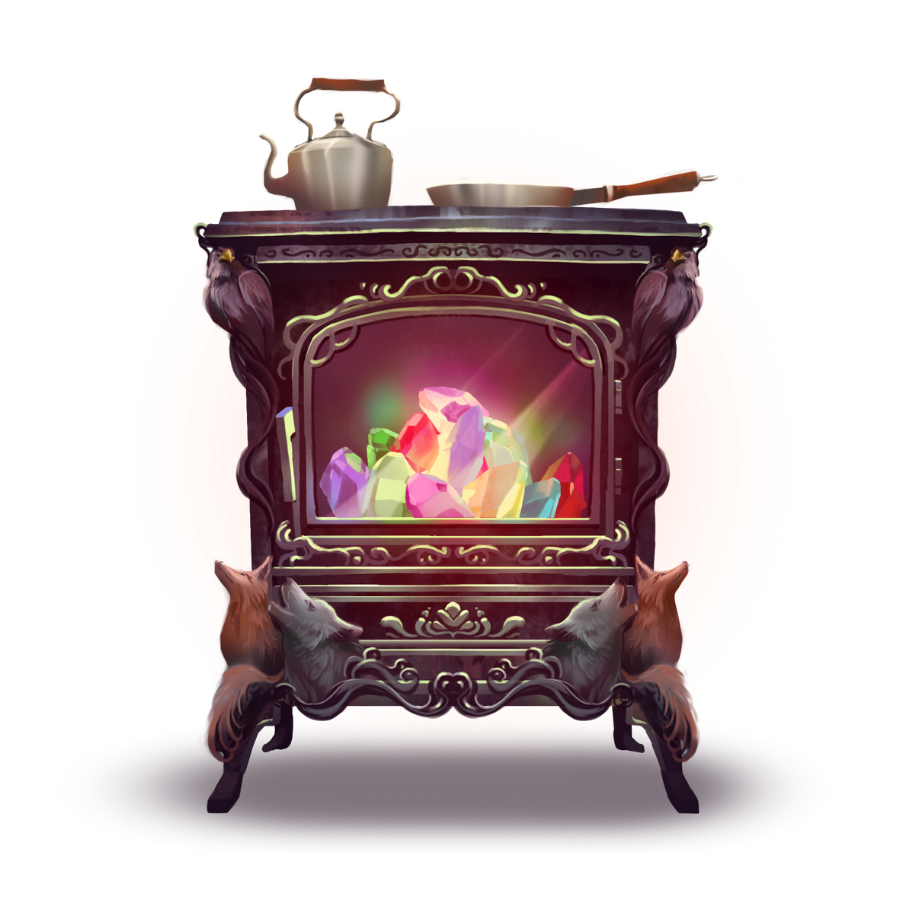 Inventa-fixers often take on apprentices and so can be of any age, young or old. Indeed, younger inventa-fixers are often in high demand as they can repair parts of the fablehearths that are out of the reach of older members of the guild.

Inventafixers can be fierce fighters and have been known to drive off a pack of sabre wolves with nothing but a screwdriver and a rolled-up sleeve. They are, however, notoriously tight-fisted, unwilling to spend a single penny on anything that could be improvised instead out of a rubber band, an empty bottle and an old bicycle wheel.

They do not tend to get on well with the story shamans, who they believe to be lazy sit-abouts, always getting in the way with their meditation, yogic humming and crystal-gazing when there are more practical problems to be solved.

Is this the Storyhaven guild for you?
Do you think you have what it takes to be an Inventa-fixer?

Have a look through this gallery of Storyhaveners who have chosen to join the Inventa-fixer guild. 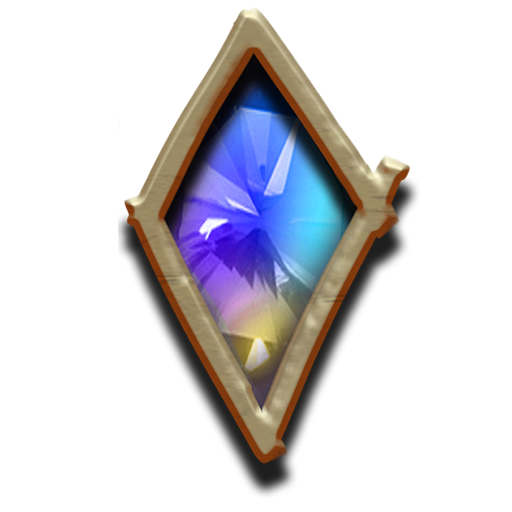 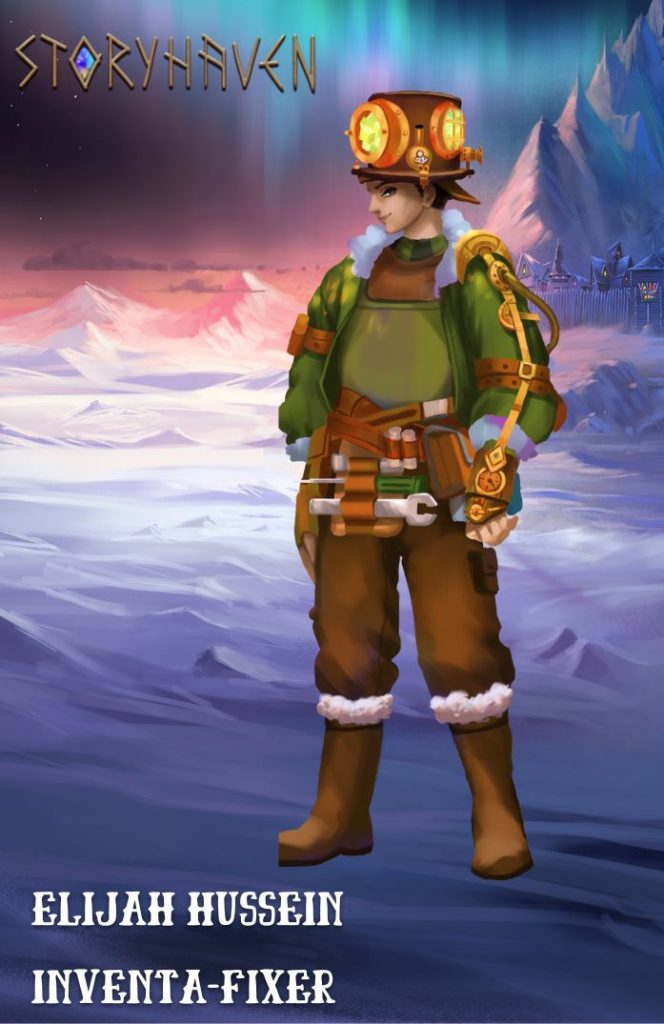 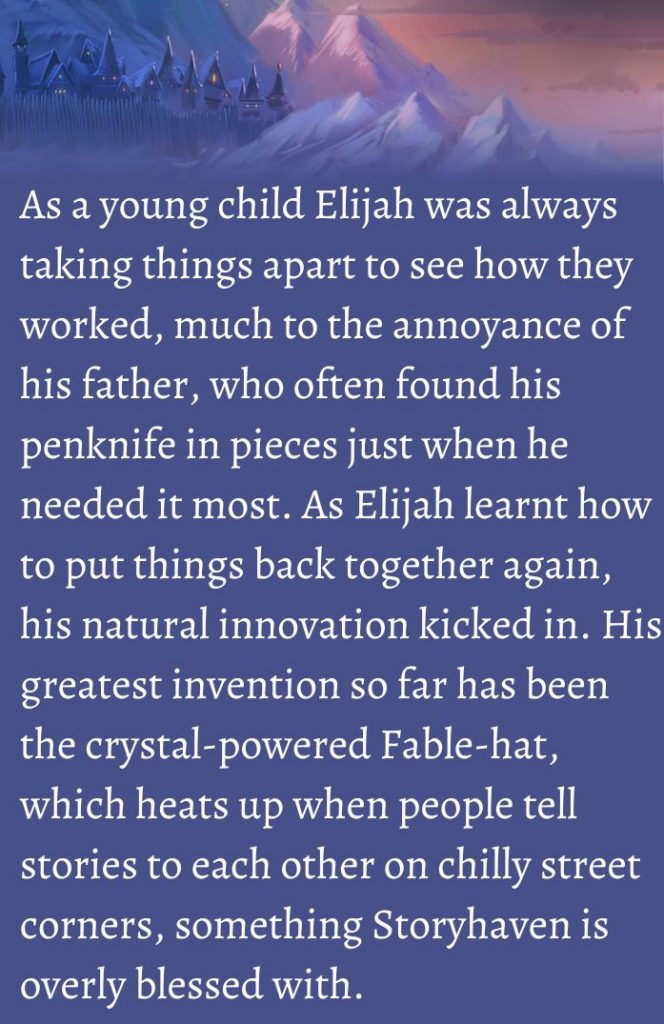 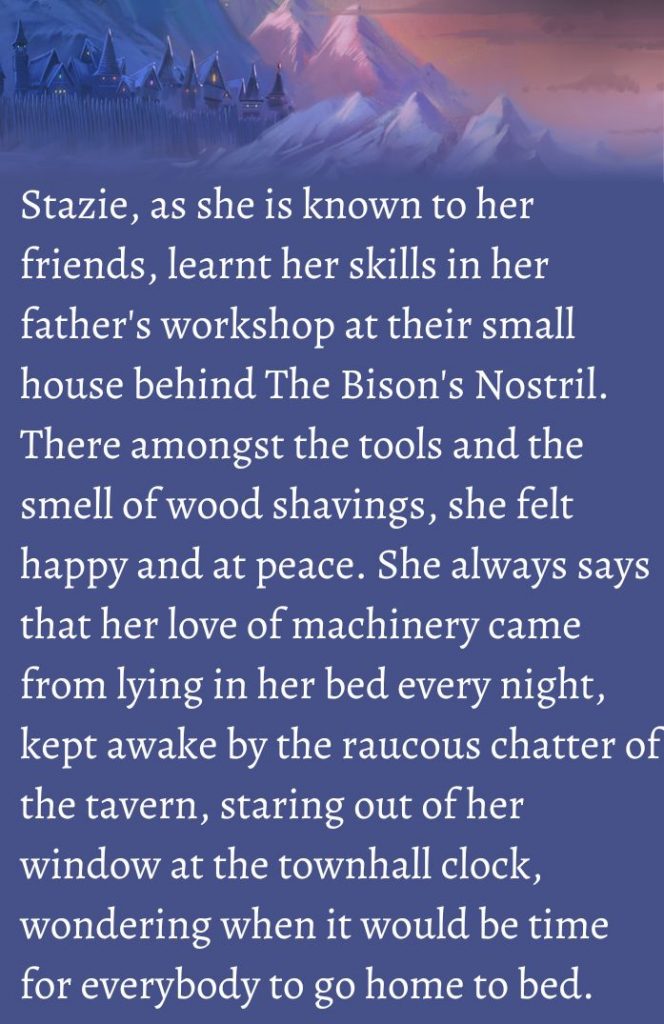 The ability to use whatever is at hand, however strange, and adapt it to the present situation.

Built up from years of experience of Storyhaven life, this is the knowledge of the workings of the town and how things usually turn out in practice.

The ability to move nimbly and flexibly, to twist, leap, or dart.

The skill of hand-to-hand fighting, brawling, the use of weapons, general skirmish strategy and of having a mighty, blood-curdling battle cry.

The ability to use your charm to get on with others and twist them around your little finger through cheerfulness and verbal wit.

While this might not sound like a skill, the hatred of spending gold pieces can often lead to imaginative solutions that are beyond the abilities of others.